3 Biggest Mistakes Women Make When Trying to Advance their Career. 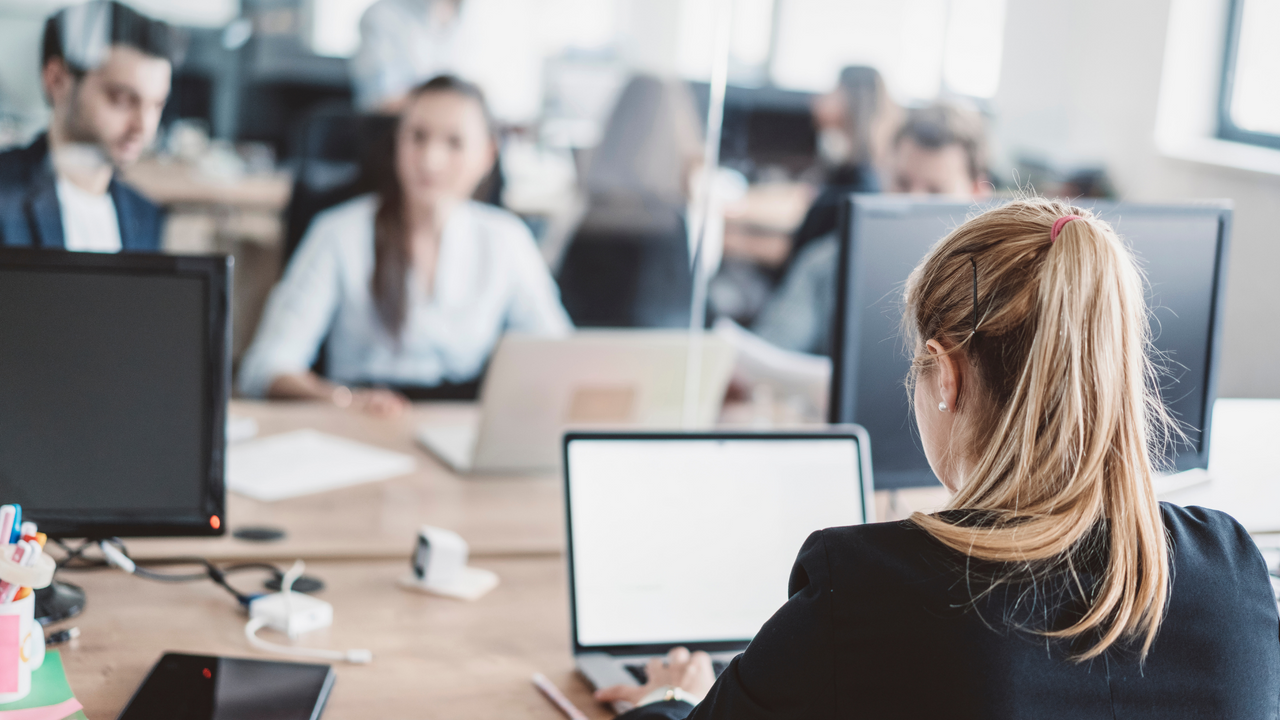 Over the past fifteen years, I’ve been coaching women at some of the best professional services firms and the most exciting tech companies.  I’m privileged to hear women’s stories about their ambition for their careers and their organizations; yet, I remain challenged by the lack of female leadership at the top and their struggles to navigate the path to promotion.

The first thing I tell them is this.

“It’s not your fault”.  The system failed you by forcing you  to compete with men while playing by a different set of rules.  You were taught to be kind and helpful, to be perfect, and to  ask for permission and be patient.  He was taught to be ambitious and independent, to move fast, take risks and bring his best mates along with him.  He was told to make things happen, not wait for things to happen.

The problem is you can’t play by his rules because then you will be deemed aggressive and cold, naive and foolish. Nothing you do will be measured by the same standards.

Recently I listened to the absurd line of questions directed at Supreme Court Justice nominee  Ketanji Brown Jackson, including “do you think babies are racist.”  She had to practice poise and grace while she endured a nonsensical circus.  Can you imagine what Bret Kavanaugh would have done had he been asked such ludicrous questions?  When Justice Kavanaugh was confronted with real allegations of sexual assault when he was 17 and drinking, he responded by repeatedly reminding the senators how much he liked beer.   In fact, he said, “I like beer. I don't know if you do. Do you like beer, Senator, or not? What do you like to drink?”   Jackson did not have the privilege to respond in such a provocative manner.  And as these scenes play out on national television, they only reinforce that men and women (especially women of color) must play by completely different rules.

So here are three things you can watch out for that can hold you back from getting ahead.

Developing others rather than developing yourself.

Women score higher than men on a number of leadership competencies, including developing others, building relationships and collaborating effectively.  These are incredibly important when it comes to leading; however, women have to watch the tendency to overly focus on the teams they lead at the expense of developing their own careers.  Relationships with others in the organization, particularly those  who have the positional power to advance a woman’s  career need to be a primary focus.

In the women’s course that I run, we have a section designed to help women think strategically about relationships outside of their teams that they may want to develop in order to get ahead.

Here’s how this worked for a woman on the course who I’ll call Carrie.   She was crushing it at work and in the team she was leading.  Both her team and her manager loved her. He regularly gave her raises, but the scope of work wasn’t changing nor was her job title.  Despite the fact that she had asked for a change in role each year, and been patient, she was continually told that he knew how hard she was working and was looking for an opening.  But he never found one.  I asked her what the impact of her staying in her role (executing on her goals flawlessly) was having on him.   Helping him, of course, she said.  Making him look good and freeing him up to work on higher visibility projects.   I coached her to have some conversations with others, build support for a change in her role and see what happens.

Here is an email she sent me recently discussing the impact the course had on her:

Things had been getting tense with my manager (again), and I was feeling very much like I had hit a ceiling again, growth-wise. To address it, I had a very direct conversation with my manager, explaining the areas I felt tension in now, what I thought was missing, and why. Amazingly, it went super well! I was able to meet with a few trusted mentors to walk through how to have the conversation prior to it, and that helped tremendously. Fast forward to this week, and I was having a quarterly skip-level meeting with my manager’s boss, and we started discussing the potential for growth. He told me that it’s actually perfect timing that I brought this up, because they’re having discussions about that kind of thing right now at the leadership level, and he sees a lot of potential for me to shift focus if that’s what I want.

Carrie went on to tell me that had it not been for the confidence she developed in the course, she would not have looked up or around but continued to put her head down, do good work, and wait for recognition.

Bottom line, it is not enough to focus only on the team you lead.  You have to think about what you want for your career, link it to the organization’s goals and develop the courage and the language to ask for what you need.

Accepting work rather than choosing work.

Being helpful and accommodating is ingrained in girls from an early age.  It is rewarded like a dog being rewarded for sitting and staying.   And have you noticed how dogs then crave the reward they get from being a good dog?  What I’ve noticed in my coaching is that women often work hard to be helpful in order to receive validation.  It is that validation that keeps them going and so they get stuck in a loop of accepting whatever work is offered, awaiting reward and doing it again.   But to carry on with the metaphor, the dog doesn’t learn any new tricks.

Women need to be wary of being too busy to ask for the kind of work that gives them real visibility and promotion opportunities.  Diligent, hard working women, of which I have no doubt you are one because you are reading this, are adept at perfecting what is asked of them.  The problem with this is that you can get stuck doing work that doesn’t further your career.   You can learn how to be perfect at solving problems that simply aren’t the important or pressing  problems the business is facing. When I work with women on advancing their careers, I ask them to take a few weeks to notice and take stock of what they are really good at –  what are your strengths?  What work do you do that leaves you buzzing with energy?  Where could you stretch yourself outside of your comfort zone and into your learning zone, and be in a part of the business that has real impact?

One woman I coached on the course that I’ll call Michelle was a product manager.  She had a role  that was important but she was feeling stuck  in a lane that the company was dictating for her rather than swimming in the lanes that were more interesting and had a greater impact on the business.   Through the program, she identified her core values, noticed what gave her energy and did a strengths inventory to help her create a personal career vision.  She recently sent me this email:

I want to mention how your weekly sessions gave me a tactical framework that I’ve adopted and customized. You single handedly helped me identify what I am good at and that THAT is worth evangelizing. It’s changed my entire perspective in meetings and speaking with “leadership”.  Michelle left the job she was in when we met and now has a bigger job, a bigger paycheck and is leading on much bigger projects.

Not putting yourself out there until you are 100% sure of how to do what is asked.

Don’t wait.  I was in one of my group coaching sessions recently and leading the women through a visualization.  I asked the women what word came to mind when they pictured themselves in a leadership position.  One said “patience.”

I took a deep breath and said, I’ve never heard a man say that word and I wonder if it is actually helping you.  When I ask women what holds them back from seeking bigger jobs, they often tell me that they are not ready yet or not qualified for the work.  This is the opposite of what I see the men I coach doing.  In fact, I’m regularly introduced to the newest member of the C-Suite in scaling companies who has not previously held a leadership position elsewhere.  Yet, he had no problem convincing a team and a Board that he had the experience needed to fill the role. Especially when one of his friends was already on the team.

My advice is that when you see opportunities that look promising to you, think about how you can position yourself for the role.  You don’t need to have done everything the job requires, but you do need to tell a compelling narrative about how what you’ve done has prepared you for this challenge, and you need to develop a strong point of view on what your approach to the role would be. When I switched careers from being a lawyer to being a coach, the truth was that like all new starters I had very little experience in coaching.  I had done my qualifications and studied, but actual hours on the job were limited.  That said, I was able to articulate my coaching  proposition.  I had been a lawyer and I knew what challenges lawyers  face, so I was uniquely suited to coach them.

I also developed a strong point of view on how I would coach and was able to articulate what we call in coaching a “signature presence”.  To be clear, that presence has changed over 15 years as I’ve grown and developed.  But to have said back then that I didn’t have a point of view would have severely limited my practice.  The fact that I was able to identify the problems I knew the lawyers I was coaching were facing because I had been one helped jettison my career and I landed quality coaching assignments earlier in my second career than most would have done. I didn’t feel 100% ready when I started.  But I started anyway and enlisted the support of mentors, sponsors and coaches to help me grow.  We all need an entourage of supporters to get ahead.   Putting ourselves out there before we are ready is hard.  But men do it all the time.  And it’s time we do the same.

While the rules are not the same for men and women, the state of play is.  Employees who develop themselves, ask for the work they want and put themselves out there before they feel entirely ready are more likely to get promoted than those who don’t.  Here’s to your success! 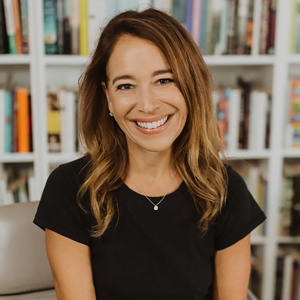 I’ve spent the last 15 years of my career coaching leaders and executives at some of the biggest and most established firms in the world and at some of the fastest growing startups. And do you know what that looked like? A lot of men.

As a former labor and employment partner working at large international law firm, I’ve seen firsthand how many women have been passed over for promotions and major projects.

Let’s work together to fill more leadership positions with women. 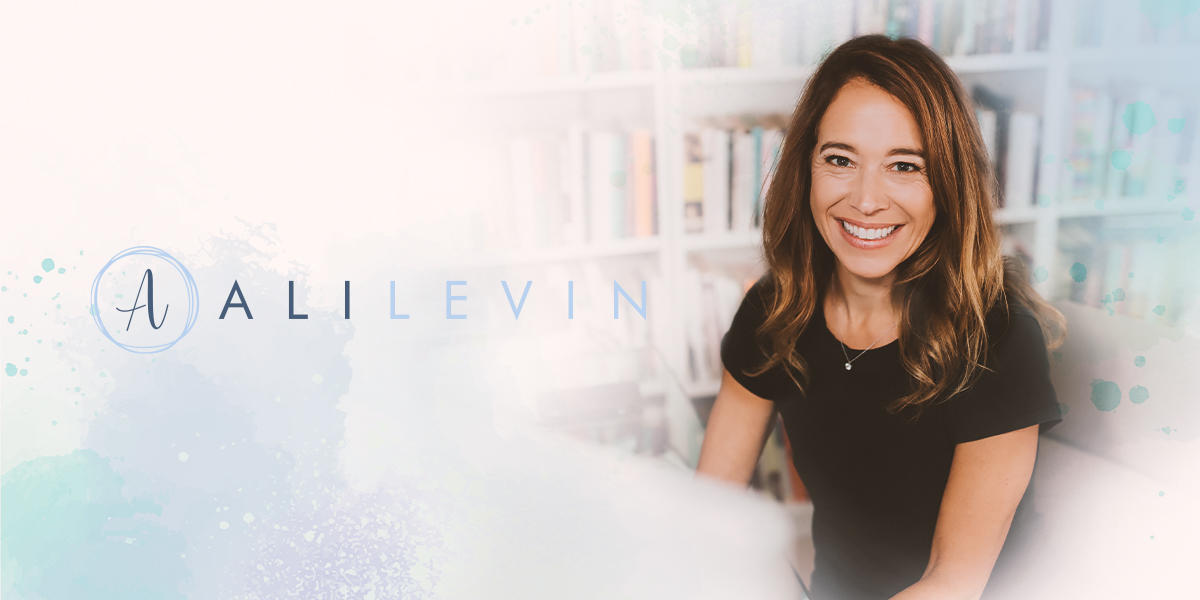 Subscribe to our email newsletter for useful tips and resources.